Feral is an upcoming game developed by WildWorks in which players will be able to play as customizable mythological animals in a reality show setting. It was first announced at the UDEN22 event and will be in a friends and family beta until the end of the Summer, early Fall of 2019. The public will have an opportunity to sign up and test at fer.al during closed beta in December of 2019. It will be publicly released in early 2020. Currently, the public can signup with their email for news, updates and beta invites at fer.al.

Feral will be an online virtual game in which players can create their own mythological creature and compete against one another for the favour of an internet audience and the favour of the queens that rule the realm. Feral was first announced by Clark Stacey at the Utah Digital Entertainment Network (UDEN) 22 event on April 24, 2019. The game is targeted at an audience of young adults aged 13 and older, mainly those who have grown up with both Animal Jam and Play Wild who are looking for a platform with the same social protections of Animal Jam, but without the toxicity of social media. "It is totally different [to Animal Jam], these worlds are not connected to each other in any way, it’s a completely different universe." There will also be limited social media integration with safeguards put in place to discourage toxicity within the game. Players will have the opportunity to design their own characters from the ground up and "to go out into this world to find stuff and craft with it, and make those items, design those items and trade those with friends." "It will be an experience across desktop computers and mobile so both can play with one another and we think Feral to be the evolution from Animal Jam, extending our demographic older." [1]

"This game is all being built 3D. I think maybe you can some heritage in the art style but really the camera  positioning is different, a lot of the movement control is different. So in Play Wild very often the camera is quite constrained, in Feral you’re moving the camera around the way you would more in a traditional 3D game space. Ultimately it would be 360 degrees desktop computer, iOS, Android, you can play it on any device and you would be connecting to the same world with people playing it on their devices. We may not have every platform on launch but it will be the intent within the first few months of launch." [2]

A social wonderland, MMO, and 24/7 reality show for kids who've aged out of Animal Jam and want a virtual world with no training wheels... at least, not virtual ones. Deeply integrated with their fledgling YouTube, Instagram, Discord, TikTok and other content sharing profiles. The bridge between walled garden children's games and adult social networks.

Social Media tie-ins provide a safe outlet where kids can chat, create, and share their social profiles with their friends.

Players will be presented with meaningful mechanics, aimed at evolving their character and developing their own personal 3D environment.

The success of the game economy will rely on various Trading Posts throughout the game. Players will swap spells, elixirs, and potions; or even materials harvested throughout the world.

Players can modify their avatars and pets by adorning them with items, customizating their effects, and enhancing or evolving them via a "Find the Recipe" crafting system.

Environments will be stark contrast to each other, lavish artwork, stunning views, and ethereal accents (our speciality). [3]

"There is going to be some word restrictions in Feral, it’s going to be much lighter touch than Animal Jam, because a lot of that restrictions that people struggle with in Animal Jam are there to prevent kids from  giving out their address, from giving out their school, and we have to go pretty over the top to keep kids safe in there and we are on the side of cation. In Feral we will [be] on the side of free expression. We will be banning some words that are, that we would consider hate speech offensive, or egregiously over the top. Overall, we’re going to we will [be] on the side of free expression. We’re not going to allow hate speech. In feral you can give somebody your real name, you can give them your email address, you can give them personal identification information that we go to great lengths to prevent you from giving out in Animal Jam. And that’s why we wouldn’t want kids under 13 playing it." [2]

"The answer is that we’re trying a hybrid monetization with Feral. We want parents to be able to predict that this game is not going to cost them more than X every month and what I can tell you is that monetization in Feral will be driven by cosmetics and not by game play restrictions. Like Animal Jam, you won’t be time limited in how long you can play, we won’t keep you out of major game features for not paying, we want you to be in there and experiencing as much of it as possible. And, it will be mostly tied to things that you craft, or things that you wear and, things that you do to change your environment. I think that people will be happy when they see how the game is structured to monetize because we’re not trying to wring every last penny out of our players, we want it to be something that you can pay without it being painful and we want you to be able to pay infinitely without having to pay anything." [2] 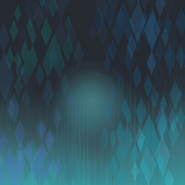 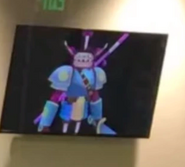 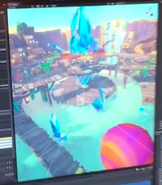 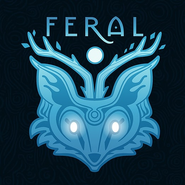 Play WildWorks Instagram TV
Add a photo to this gallery
Retrieved from "https://feral-wildworks.fandom.com/wiki/Feral?oldid=19185"
Community content is available under CC-BY-SA unless otherwise noted.